Covid-19 has been tough for us all to encounter. A stern test that we all faced with a great deal of courage and valour. While it brought the whole world to a stand-still, Sporting activities across the globe also came to a halt. Now that things are going back to the normal routine, the governments have eased the restrictions.

UK government on 22nd of February confirmed that Grassroot Football activities can resume from 29th March,2021. While it comes as great news for us all, it's important to understand the impact the news will have. For that reason, we shall consider the structure of this wonderful sport in England, we all call football.

In order to get a thorough understanding of the grass-root football system in England, it’s important that we take a deeper look at the overall structure of English football. Mainly, it's divided into two streams. League Football and Non-League football.

These 92 top teams are referred to as League Football teams.

Below these teams begin the Non-League Football which can also be regarded as the grassroots football structure, as it leads to the lowest of levels.

The non-league football further has six-tiers. The top tier of the non-league football is rather ironically called the National League. Another name for it is the Vanarama League. The Sport is played professionally and this league also runs all across England. The League comprises 24 clubs and is the lowest level at which a single league run across the country. All national league clubs are eligible to compete in the FA cup.

Though National League North was also started in 2004 and follows similar patterns as the National League South. Perhaps the only difference is that its trophy is slightly more appealing. You may check it here

These leagues further sub-divide into 7 leagues on the basis of regions and this sub-division process continues till we reach the sixth tier of the natural league which comprises over 30 leagues in which players play at the most basic of levels.

These leagues have a rich history and most of them date back to the nineteenth century. These grass-root level leagues comprise a certain number of counties, where players can play at the local level. The promotion and relegation mechanism works from the premier league all the way down to these tiers of the pyramid.

While at the lowest level there are over 20,000 clubs and over 90,000 teams in England there are certain issues that surround these competitions. Since all the attention is paid to the top-ties competition, these leagues often find themselves in crisis. These clubs find it difficult to sustain their finances since there is no permanent million-dollar sponsorship available. Mostly, these clubs depend upon the basic funds raised during summer campaigns and a few thousand dollars worth of sponsorships. Moreover, some of the tournaments that they play against each other also enable them to keep themselves afloat. Because of these circumstances, many of the professional players have quit the game. The numbers of active players have been on the decline since 2005.

According to Sport England's Active People survey, there were 2.02m players active in the circuit in 2005. Those numbers had thinned down to 1.84m in 2018. While Sport England is trying its best to bring the players back to the game, it’s a bitter reality that the game doesn’t have enough to offer to its players at the lowest level of this chain.

Unfortunately, Covid-19 has made life worse for these clubs and local teams, who couldn’t generate any money during the past year. While the government has announced certain packages for the sporting community, those packages are not enough to enable these clubs to survive. Now, when many of the clubs will resume their normal functioning from the 29th of march, and some during the mid of May, it would not be easy for the coaches to get their boys ready. While the expenses of kits, pitches, referees and match fees pile up to significant sums, it's also true that expenses associated with organizing a competition also rise to a significant sum when all the trophies and awards are purchased for the event. For this purpose,1st place trophies are coming to the rescue of these clubs and teams as they resume their journey on the playing field.

1st Place trophies offer a wide-variety of glittering trophies in gold-silver and bronze versions, starting at only 2.75 pounds. While these trophies are articulately designed and all the intricacies are taken into consideration, they seem quite pleasing to the eye as well. So, this summer, as these clubs return to the playing pitches, First Place trophies would love to support all those who need it. Because we value our players and our sport. Check out the wide range of trophies available at 1stplace4trophies.co.uk.

As people and fans take the field this summer, we wish them all luck and happiness. Hopefully, these testing times will pass soon, and our favourite sports action will be back.

Full range of clearance football trophies can be found here 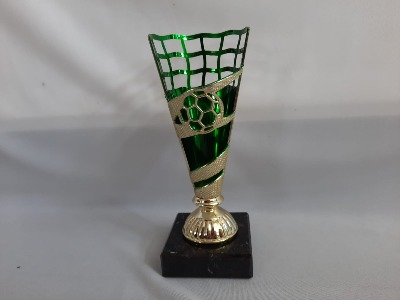