Player from England are the current holders and latest recipients of the coveted Gold Medals from International Cricket Council. England were the eventual winners of the ultimate cricket award, the valuable trophy of the world cup after that dramatic ICC Cricket World Cup final at Lords in 2019.

Two years on from then, as many as 11 players will be in action playing from different franchises in the Indian Premier League as the cricket Carnival begins in less than a week from 9th of April. Virat Kohli’s Royal Challengers Bangalore will knock horns with the defending champions Mumbai Indians.

These two sides share an entirely different history as RCB are yet to get their hands on that gold-plated trophy while Mumbai Indians have clinched the trophy award 5 times, which is most for any side.

The English Players to feature in IPL is headlined by Moeen Ali, who was the highlight of the auction as he was purchased by Chennai Super Kings for 7 crore INR which is approximately equivalent to £692,000. The off-spinning all rounder is expected to play an important role for his side and may win great rewards and prestigious batting and bowling awards, as the shorter Indian grounds with dry pitches will suit his style of play. He can easily clear the fence with his meaty blows while may play his tricks with the ball in his hands on the home ground of his franchise, as Cheapuk generally offers spin-friendly conditions. With helpful conditions, suiting his style of play, Moeen Ali can win many awards and trophies during the course of his campaign and may eventually get his hands on to the IPL trophy.

In IPL 2021, the most exciting franchise from English fan’s perspective has to be Rajasthan Royals as the franchise in its pursuit of IPL trophy has accumulated four Englishmen among its ranks.

These Include the hero of the 2019 WC final and the winner of the man of the match award in that game, Ben Stokes, the bowler who bowled the ultimate super over against New Zealand on that day in lords and last year’s MVP, Jofra Archer and the English wicket-keeper who dislodged the bails to run Martin Guptill out in the super over and take England to the ultimate glory, Jos Buttler.

While these three are certain names on any team’s list. They may find a fourth English fellow to complete the overseas players bracket in the line up in the form of Liam Livingstone. Livingstone has impressed one and all during his stints with different franchises in Pakistan Super League during the past seasons and may compete for a spot in RR’s eleven against Chris Morris.

With Jofra Archer, Jos Buttler and the ultimate all-rounder Ben Stokes, Rajasthan Royals can surely go a long way deep into this tournament. But for that to happen, these big English-guns will have to fire.

Another of the England players who will put his faith in the calm and composed MS Dhoni to take him to the IPL trophy is Sam Curran. Sam Curran played all the games for CSK during their disappointing campaign last year and is expected to retain his place in the side this year. After a wonderful finishing hand in the final one day international of the INDIA versus England ODI series, Curran is expected to play a similar role for CSK this season. It seems obvious that Curran and magnificent Mo will play together as all rounders and do the finishing task for the Chennai based franchise.

Another side that roped in two English fast bowling all-rounders in their search for the trophy is Delhi Capitals. With two-time world cup trophy winning captain, Ricky Ponting at the helm of the affairs, Capitals brought Chris Woakes and Tom Curran to their side as the duo provided them with reliable bowling options at the start as swell as the end of the innings and could do the much-needed hard-hitting at the back end of the innings. At least one of the two allrounder is expected to play throughout the campaign for Delhi Capitals. With DC’s balance being the decisive factor, we may see both the player playing together. Woakes in particular with his variations may win different bowling awards in this year’s IPL.

English fans may see some real fireworks in the Sunrisers Hyderabad’s camp as they have bought both the English limited overs openers. With David Warner’s presence meaning that only one of the opening spots will be up for grabs, we may see both the English Batsmen playing in the top order for Sunrisers this season. With the top three comprising Jason Roy, David Warner and Jonny Bairstow, the fans will expect some real explosives from the franchise this season. SRH may go on to ultimately lift the trophy.

Last but surely not the least, the only English Player with the added responsibility of captaincy will be the English limited-overs team captain Eoin Morgan, who will lead the Kolkata Knight Riders franchise this season. While having him as a captain can contribute vastly to the teams success towards the glorious trophy, his role as a batsman and finisher must not be ignored. The English skipper will look to win all the batting awards as well as the IPL trophy this year. But for that to happen, he will have to outperform everyone else in this year’s competition.

That marks the end of the list and analysis of the English Players taking the field in this year’s IPL. Let us know about your remarks through your feedback.

In case you are looking for equipment or trophies related to not just Cricket, but any sport, you may visit 1st Place 4 Trophies. Do not forget to check out our wide variety of Cricketing trophies, which also include the newly launched action packs. 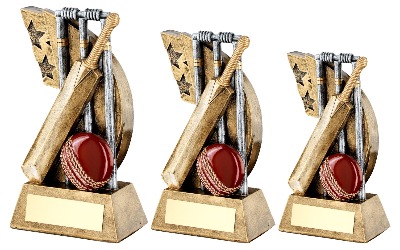